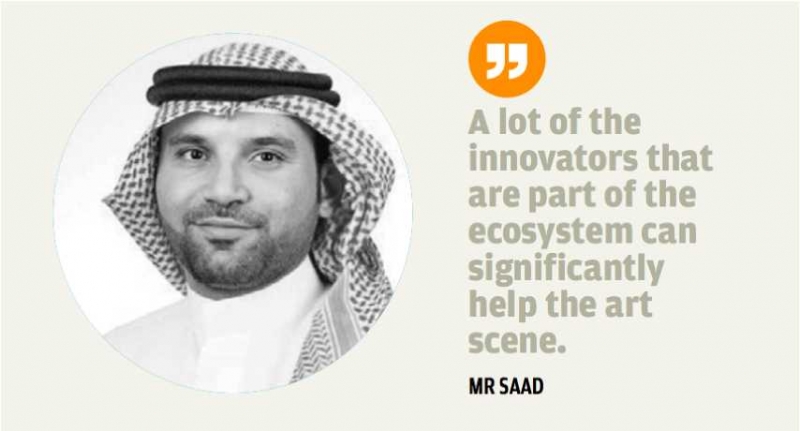 The Bahrain FinTech Bay could play a huge role in helping the art scene in Bahrain by aiding with the adoption of the latest technologies such as artificial intelligence in the field of art, according to its Chief Executive Officer. As the global art movement embarks on a transformative process with the utilisation of technologies such as artificial intelligence, virtual reality, blockchain and big data, Bahrain could potentially gain a lead in the field if early adoption of such technologies is ensured for the local art scene, according to experts.

Chief Executive officer of Bahrain FinTech Bay (“BFB”) Khalid Esam Saad said that he believes Bahrain has the right ecosystem to support artists with the technical support. He told Tribune that the FinTech Bay could play a role in supporting the art scene. “We are certainly open to it. The FinTech Bay is not constrained to the financial services industry, it has a wider remit. “The financial service industry was a natural fit as it was the most advanced sector in the economy but we are open to exploring other sectors. A lot of the innovators that are part of the ecosystem can significantly help the art scene. “The target clients for a lot of these companies is not just constrained to the financial service sector. Definitely, the art space is a developing sector and we want to see how FinTech can also support the scene.”

He added that local art scene now remains very traditional at the moment and that Bahrain stands to gain a lot from adopting the technologies. Speaking about the use-cases for these technologies in the field of art, he said, “We have a lot of cases where art, instead of being created by humans are being created by algorithms. To give another example, if you look at the art collectors space this is usually non-standardized and non-liquid. “FinTech can help in making the asset class of art more standardised and more liquid.” “In terms of the blockchain, ownership of art pieces can be transferred through the blockchain and you can have a detailed record of who has owned it throughout its history. Crowdfunding is also made possible, so if a group of people wants to collectively buy an art piece it can be done.”