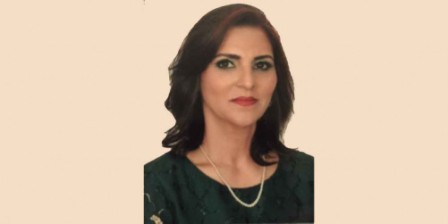 Bahraini women married to foreign nationals would soon be granted the right to pass on their citizenship to their children, said Head of Woman and Child Affairs Committee, Shura Council Hala Ramzy Fayez in an exclusive interview with the DT News yesterday.

She said it was a point constantly raised against Bahrain during the discussions of Convention on the Elimination of All Forms of Discrimination against Women (CEDAW).

“The Woman and Child Committee in the Parliament is already working to prepare a draft of the amendment in this regard. The Supreme Council for Women and the National Institution for Human Rights are also pushing for it, so hopefully it will come out soon, maybe next year,” she said.

She said that their committee had made a thorough research on the laws prevalent in other countries of the Arab region and had found out that a number of Arab countries like Tunisia, Yemen, Egypt, Algeria, Libya and Morocco have already granted their women the right to pass their citizenship to their children. On the other hand there are some countries that have placed some controls and conditions to be satisfied before passing the right to the children.

“We can do the same in Bahrain where women can be granted the right to pass citizenship to their children with certain controls and conditions to be met for protecting the National security of the country,” she said.

Fayez said Bahraini women enjoy equal status with men and so it would be great if this right is granted. She said it would definitely uplift the status of Bahrain among the comity of nations.

“Many families are affected by the absence of this law, as children of Bahrain women with foreign spouses automatically become foreign nationals in their own homeland. They are not entitled to citizenship rights and are bound to renew their visas from time to time,” she said.

“There are also certain inheritance issues, as such children would not be legally allowed to inherit the properties of their mothers,” she added. Palestine was the first Arab country to take the initiative in giving women the right to pass on their citizenship in 2003. Saudi Arabia also grants the right to its female citizens. The United Arab Emirates announced a law last year allowing such children to apply for citizenship once they turn 18 years old. There are still 27 countries worldwide where women do not enjoy this right.

Deputy King calls up US Secretary of State