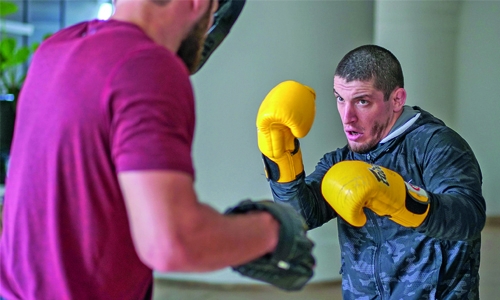 Manama : KHK MMA Fight Team has landed in Jakarta, Indonesia and have completed final preparations ahead of the weigh-ins for Brave 12: KHK Legacy. The twelfth edition of Brave Combat Federation features the largest representation of fighters from the KHK MMA Gym in Bahrain which was founded by His Highness Sheikh Khalid bin Hamad Al Khalifa.

The main event features the lightweight bout between Eldar Eldarov from KHK MMA Bahrain against Brian Hooi. The event also marks the debut of newly signed prospects Mehdi Baghdad who trains at the KHK MMA Gym in Bahrain competing against Pawel Kielek. The fight card also features Hamza Kooheji, Hussain Ayyad, Marat Magomedov, Gamzat Magomedov and Akhmed Magomedov who had their preparations in the Kingdom of Bahrain for the fight night in Jakarta.

Engelen signs to appear at Brave 12