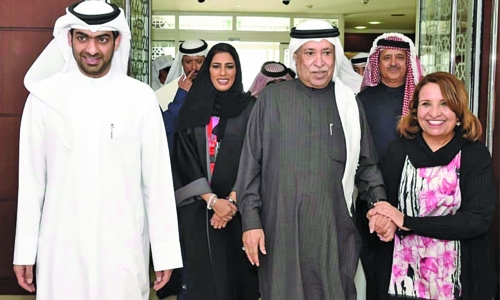 Manama : The fourth edition of the Arab Women’s Sports Tournament is all set to begin today in Sharjah as Bahrain’s finest athletes have set their sights on the competition crown.

Shaikha Hayat has already arrived in Sharjah along with His Excellency Shaikh Isa Bin Rashid Al Khalifa, Second Vice-President of the Supreme Council for Youth and Sports and other delegation officials and members of the eight teams.

There will be 68 teams in the fray, represented by more than 1,000 athletes and administrative personnel. Launched in 2012, the tournament, which is held every two years, has become a must-attend event in the Arab sporting calendar, bringing together world-class athletes to compete in a unique environment.

Today’s opening ceremony will be held under the patronage of Shaikha Jawaher bint Mohammed Al Qasimi, Chairperson of the Supreme Council for Family Affairs, Chairperson of Sharjah Women Sports Foundation, SWSF, and wife of His Highness the Ruler of Sharjah.