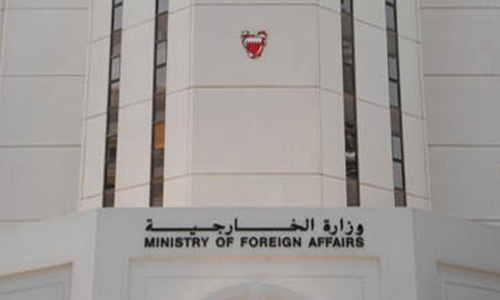 Manama : Bahrain condemned in the strongest terms the ongoing ballistic missile attacks on Saudi cities by putschists in Yemen.

“Today’s attack provides clear evidence of the arms smuggling that continues to take place in Yemen, notably through the port of Hodeida in order to undermine all exerted efforts to reach a settlement to Yemen’s crisis and destabilize the region”, said the Ministry of Foreign Affairs yesterday.

In a statement today, it called on the international community to take full control of strategic Hodeida port, which is under Houthi rebels, to put an end to the use of the port for weapons smuggling and to facilitate the access of the humanitarian aides to Yemeni people.

It reiterated that the Arab Saudi-led coalition is committed to support legitimacy in Yemen until it enforces security and upholds peace in Yemen, as well as to enable the legitimate government led by President Abd Rabu Mansour Hadi to assume its responsibilities, end all kinds of external interference, and to reach a political settlement based on the terms stipulated in the GCC initiative and its executive mechanisms, the outcome of National dialogue, and the UN Security Council Resolution (2216/2015).