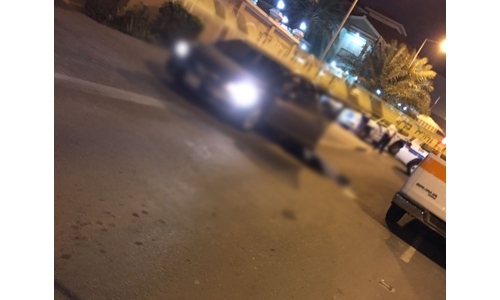 Manama : The  funeral ceremony of Eman Ghuloom who was shot dead was held  on Sunday  at the Muharraq cemetery.

The culprit gave himself in and was referred to the relevant judicial party to continue the necessary legal procedures.

The man  shot her in the head   while she was driving  vehicle accompanied by her six-year-old son  who is still in shock as a result of witnessing the brutal death of his mother.