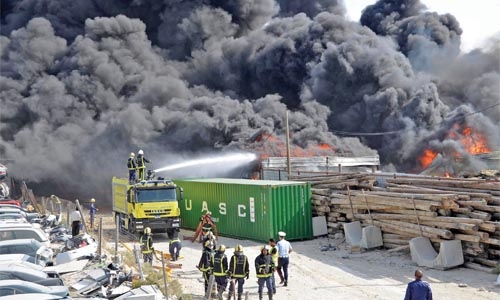 Manama : More than 60 firefighters and 20 civil defence vehicles engaged in putting out a massive fire that erupted in a vehicle scrapyard in South Alba in Riffa yesterday. Deputy General Director of Civil Defence said the fire was reported at 1.41pm and the teams reached within six minutes. He informed that no injuries were reported, adding that an investigation is underway to find out the cause of the blaze.