"We are shocked": Walmart reacts after several killed in US store shooting | THE DAILY TRIBUNE | KINGDOM OF BAHRAIN 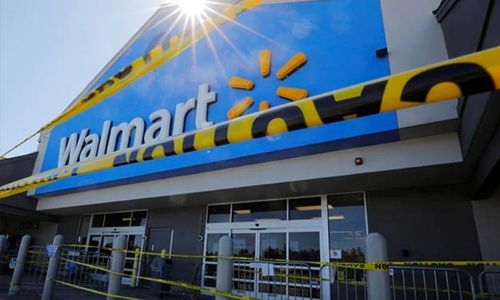 "We are shocked": Walmart reacts after several killed in US store shooting

Walmart said on Wednesday that it was "shocked" by a mass shooting at its store in the US state of Virginia, with police fearing multiple deaths.

"We are shocked at this tragic event at our Chesapeake, Virginia store.

We're praying for those impacted, the community and our associates. We're working closely with law enforcement, and we are focused on supporting our associates," the company said on Twitter.

A gunman shot and killed multiple people in a Walmart store late Tuesday in the US state of Virginia, police and city officials said, adding that the shooter too is dead.

News footage showed a major police presence at the scene, with Kosinski saying several officers and investigators were combing through the store and securing the area.

The exact number of fatalities remained unclear, but CBS affiliate WUSA said police said they believed no more than 10 people were killed.