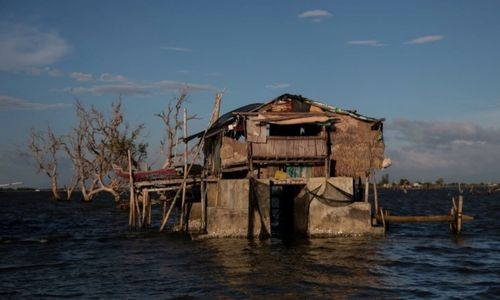 Philippine authorities started evacuating people from coastal areas on Sunday and hundreds were unable to travel by sea as the main island Luzon, including Manila, braces for a category 3 typhoon that continues to strengthen, officials said.

Typhoon Noru became a supertyphoon "after a period of explosive intensification", with sustained winds increasing to 185 km (115 miles) per hour from 120 kph on Saturday evening, the disaster agency said in an advisory, Reuters reported.

It will continue intensifying and may make landfall on Sunday afternoon or evening with 185 to 205 kph (115 to 127 mph) of sustained winds, it said.

"I asked our mayors to comply with strict preemptive evacuations," Helen Tan, governor of Quezon province, told DZRH radio station. Fishermen in coastal communities were barred from heading to sea, she said. Noru, the 11th tropical cyclone to hit the Philippines this year, will bring heavy to torrential rains over the capital region and nearby provinces on Sunday afternoon.

"Hopefully, this typhoon moves fast, although it brings strong winds," said disaster agency spokesperson Bernardo Rafaelito Alejandro. Authorities are on alert for landslides, flooding and destructive winds, he said. The Philippine Coast Guard said more than 1,200 passengers and 28 vessels were stranded in ports south of the capital.

Noru was moving westward and likely to emerge over the South China Sea by late Sunday or early Monday. The Philippines, an archipelago of more than 7,600 islands, sees an average of 20 tropical storms a year.