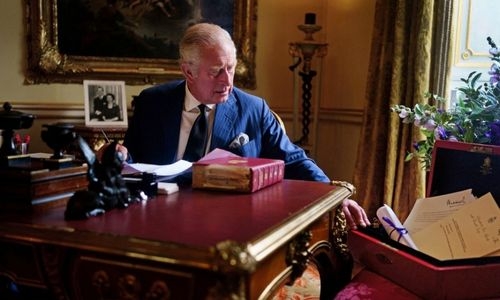 King Charles has been pictured with his official red box in which the British monarch receives government documents, in a photograph released by Buckingham Palace on Friday as the new king takes up his official duties.

The locked red despatch box is an image strongly associated with the British monarchy and one that the late Queen Elizabeth was regularly pictured with. It contains papers from the British government and some Commonwealth countries which are sent to the monarch from the office of the private secretary.