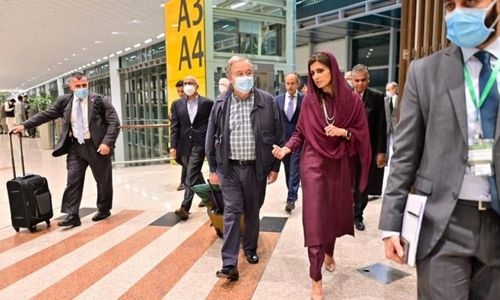 UN Secretary-General Antonio Guterres called for “massive” international support for flood-ravaged Pakistan while visiting the country yesterday, while Islamabad put the cost of flood-related damage at $30 billion. Record monsoon rains and glacier melt in northern mountains have triggered floods that have swept away houses, roads, railway tracks, bridges, livestock and crops, and killed more than 1,391 people. Huge areas of the country are inundated and hundreds of thousands of people have been forced from their homes.

The government says the lives of nearly 33 million people have been disrupted. Both the government and Guterres have blamed the flooding on climate change. “I call on the international community that Pakistan needs massive financial support, as according to initial estimates the losses are around $30 billion”, Guterres told a joint news conference in the capital Islamabad, after meeting with Prime Minister Shehbaz Sharif on his two-day visit.