Those at Serena Hotel in Kabul leave immediately:US, UK warns of security threats | THE DAILY TRIBUNE | KINGDOM OF BAHRAIN 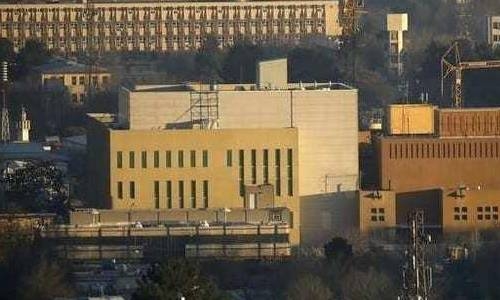 The United States and Britain warned their citizens on Monday to stay away from hotels in the Afghan capital Kabul, particularly the well-known Serena.

"US citizens who are at or near the Serena Hotel should leave immediately," the US State Department said, citing "security threats" in the area.

In an update to its advice not to travel to Afghanistan, the UK Foreign Office said: "In light of the increased risks you are advised not to stay in hotels, particularly in Kabul (such as the Serena Hotel)."

The Serena is the best-known luxury hotel in Kabul, popular with foreign visitors before the city fell to the Taliban eight weeks ago.

It has twice been the target of extremist attacks.

It comes after the Islamic State group claimed a devastating bomb attack in the northern city of Kunduz on Friday that ripped through a mosque during Friday prayers -- the bloodiest assault since US forces left the country in August.