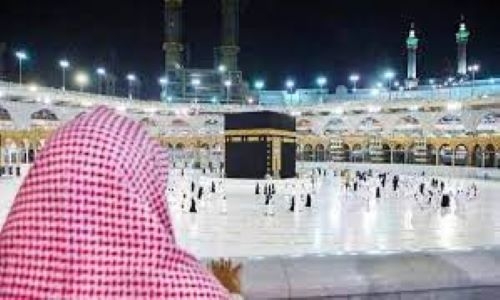 Announcements about this year’s Haj could be made in the coming days as the Kingdom completes its assessments of the challenges caused by the Covid-19 pandemic, said the acting Saudi minister of media, Dr Majid Al Qasabi.

At a press conference held in Riyadh on Sunday, Al Qasabi said the Saudi authorities are following up on (the pandemic) updates and the ministers of Haj and Umrah and health will soon announce a decision.

He said that, due to Covid variants, it was important to evaluate the damage from the spread of the virus carefully and correctly: “We don’t want this year’s Haj to be an epicentre for the spread of the disease in the Kingdom or the Muslim world.”

The Ministry of Hajj and Umrah has worked hard to improve the services provided in the Haj and Umrah sector, amid the exceptional circumstances of the pandemic.

The Assistant Undersecretary of the Ministry of Hajj and Umrah Services for Haj and Umrah performers, Eng. Hesham Abdulmonem Saeed, told the press conference that the safe Umrah model aims to protect people by managing the crowds going to the Grand Mosque through booked time slots and improving the services provided for pilgrims through the application of the most modern techniques to meet their personal needs.

He noted that the Eatmarna app developed by the Saudi Data and Artificial Intelligence Authority (SDAIA) also verifies the health of permit applicants.

He said that the work to serve the pilgrims was a joint operation involving the public, private and voluntary sectors.

Last year’s Haj and the gradual return of Umrah in October was permitted after a safe model had been developed, focusing on modern technology and digitizing the procedures to provide pilgrims with the services they needed through different options provided by the ministry.

These tech-focused models included the Eatmarna application, which allowed users to request permits (praying permits, Umrah permits and Rawdah praying permits) in Makkah and Madinah’s mosques. More than 20 million people have benefitted from the app and more than 30,000 have used the services provided by Inaya (care) centres in Makkah and Madinah, established to serve pilgrims coming from outside the Kingdom.

The Ministry of Hajj and Umrah also provided safe transportation services by setting up four sites to transport worshippers and pilgrims to and from the Grand Mosque in Makkah.

US universities ask Indian students to re-vaccinate with 'approved' jabs