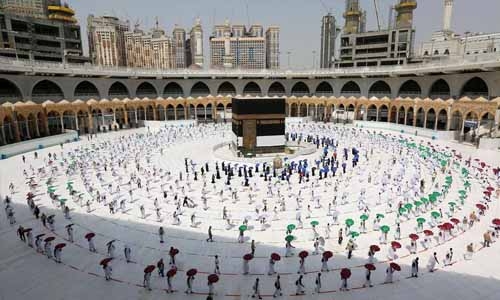 Saudi Arabia’s Ministry of Hajj and Umrah has announced the protocols to be followed by foreign pilgrims coming in to perform Umrah.

According to Arab News, pilgrims must check their inoculation status according to the type of approved vaccine at a care centre in Makkah at least six hours before performing Umrah.

Worshippers will then be given a bracelet to wear and be directed to the Al Shubaikha gathering centre to verify both it and all their relevant permits.

The ministry stressed that pilgrims must strictly adhere to the date and time slot allocated for them.

Saudi Arabia began receiving pilgrims in March in accordance with the requirements set by the Ministry of Health to prevent the spread of Covid.

The Ministry of Hajj and Umrah had also previously announced that Umrah and visit-and-prayer permits could be reserved using the updated versions of the Eatmarna and Tawakkalna apps.