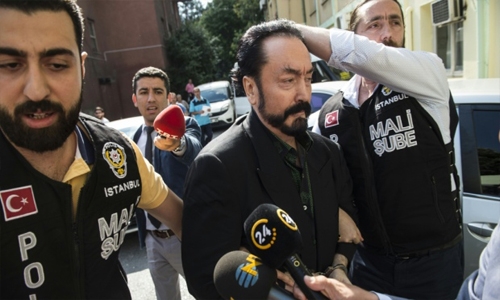 A Turkish court on Monday sentenced a televangelist who surrounded himself with scantily clad women he called “kittens” to more than 1,000 years in jail for sex crimes.

Adnan Oktar preached creationism and conservative values while women in revealing outfits — many of whom appeared to have had plastic surgery — danced around him to upbeat music in the TV studio.

The bearded 64-year-old was detained in 2018 along with more than 200 other suspects as part of a crackdown on his group by the financial crimes unit of the Istanbul police.

He was sentenced to 1,075 years for crimes including sexual assault, sexual abuse of minors, fraud and attempted political and military espionage, the private NTV broadcaster reported.

The official Anadolu news agency reported that Oktar was additionally found guilty of aiding a group led by US-based Muslim preacher Fethullah Gulen that Turkey blames for staging a failed coup attempt in 2016.