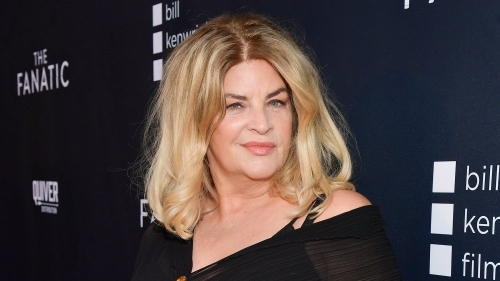 Kirstie Alley is standing up for her decision to vote for President Donald Trump.

The "Cheers" and "Look Who's Talking" actress has never been shy about her support of the president and criticism of Democratic nominee Joe Biden, frequently posting on social media about her conservative views.

On Saturday, Alley leaned in. "I’m voting for @realDonaldTrump because he’s NOT a politician," the actress tweeted, ahead of the Nov. 3 election. "I voted for him 4 years ago for this reason and shall vote for him again for this reason. He gets things done quickly and he will turn the economy around quickly. There you have it folks there you have it"

Comments were quick and pointed, with many replying to slam the president's handling of the coronavirus and the economic fallout, among other things. And it wasn't long before Alley's name was tops on trending.

Filmmaker Judd Apatow was among the actress' critics, tweeting, "Shelly Long was way funnier than you," a reference to actress Shelley Long, whose departure from "Cheers" cleared the way for the addition of Alley's character, Rebecca Howe.

Actress Patricia Arquette was philosophical, saying, "Well my vote for Biden canceled yours out. I have done my civic duty of the day."

"Actually, he’s running for RE election He’s a politician," pointed out actor Diedrich Bader. "Also, strange argument Like 'i want someone who’s NOT a pilot to land the plane' ”

Not everyone was critical. Twitter user Pam Weatherby echoed the feelings of many of Alley's loyal followers, saying, "Thank you for being strong enough to say this OPENLY! Most in Hollywood are too afraid."

Alley jumped back in to express unhappiness she couldn't express her opinion without being attacked.

"Don’t think I’ve ever seen so much name-calling in my life," she tweeted about 30 minutes after her first post. "Definitely not on my site here anyway I guess I’m not allowed to have a viewpoint without being called a really nasty names by what I’m going to suppose are really nasty people."