Over 2,300 people in South Korea injected with mishandled flu vaccines | THE DAILY TRIBUNE | KINGDOM OF BAHRAIN 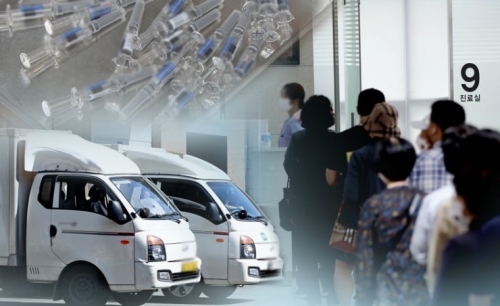 Over 2,300 people in South Korea injected with mishandled flu vaccines

More than 2,300 people in South Korea have been injected with flu vaccines that may have been exposed to room temperature instead of being refrigerated, health authorities said Saturday.

Thirteen more cases were added to the tally of those who received the potentially defective flu vaccines, bringing the total to 2,303 as of Friday, according to South Korean News Agency (Yonhap).

Of the total, Gyeonggi Province surrounding Seoul had the most cases at 673, followed by 361 from the southwestern provincial city of Gwangju and 326 from North Jeolla Province. Seoul recorded 149, and Busan had 109 cases.

The number of people who have reported abnormal reactions, such as fever and chills, stood at 12, unchanged from the previous day.

Last month, the KDCA temporarily halted its plan to offer free seasonal flu shots after some of about 5.78 million doses of flu vaccines were partially exposed to temperatures outside the storage range.

Inactivated vaccines should be stored in a refrigerator, and exposure to room temperature could result in decreased vaccine potency and increased risk of vaccine-preventable diseases.

But the safety of those vaccines exposed to room temperature has yet to be determined.