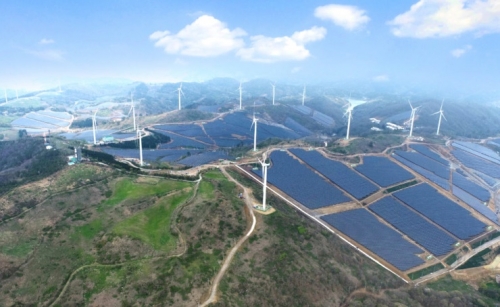 South Korea and Germany on Wednesday vowed to beef up their economic ties centering on the energy sector, which will play a significant role in the recovery of their virus-hit economies.

Seoul's energy and trade officials held a virtual meeting with their German counterparts and discussed a wide array of issues, including expanding cooperation in the education and green energy segments, according to the Ministry of Trade, Industry, and Energy, South Korean News Agency (Yonhap) reported.

In May, the two countries vowed to expand cooperation in developing sustainable energy technology and phasing out nuclear power plants.

Officials discussed ways to foster trade and investment between the two countries as well.

Despite the COVID-19 pandemic, South Korea said the country maintained close trade ties with Germany over the January-June period. Trade between the two countries came to $14.5 billion over the first half of 2020, rising 6 percent from the previous year.

Minister of Transportation and Telecommunications discusses cooperation with Israeli counterpart