Daredevil David Blaine Flies Into The Sky With 52 Helium Balloons. | THE DAILY TRIBUNE | KINGDOM OF BAHRAIN 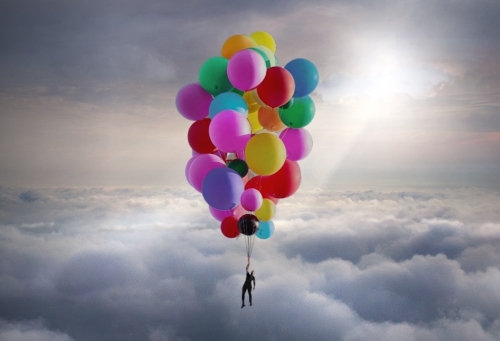 Daredevil David Blaine performed his latest stunt on 2nd September 2020, ascending nearly 25,000 feet (7,600 meters) into the Arizona sky while hanging from a cluster of jumbo-sized balloons before parachuting safely back to earth.
"It's like magic, it feels like I'm floating in the air," Blaine said on a radio to his team of aides back on the ground after gently lifting off from a desert airstrip in Page, Arizona, connected to dozens of balloons in an event he called "Ascension." YouTube said the stunt, which it livestreamed, set a new record as the most-watched YouTube Originals live event ever with over 770,000 viewers. Blaine gradually dropped small weights to speed his ascent, donned a parachute mid-flight and strapped on an oxygen mask as he neared 24,900 feet, an altitude where most commercial airliners travel.Blaine, 47, has a history of performing high-profile and high-risk feats of endurance.

Arrests made in defamatory video case