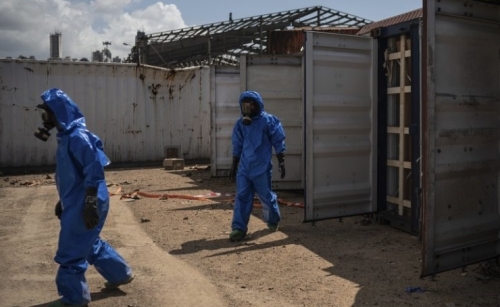 Chemical experts and firefighters are working to secure at least 20 potentially dangerous chemical containers at the explosion-shattered port of Beirut, after finding one that was leaking, according to a member of a French cleanup team.

Some of the containers were punctured when last week’s deadly blast ripped through the port and the Lebanese capital, said Lt. Anthony, a French chemical expert at the site who was not authorized to be identified by his full name according to government policy, The Associated Press (AP) reported.