1 dead, 6 rescued after gas explosion in Baltimore | THE DAILY TRIBUNE | KINGDOM OF BAHRAIN 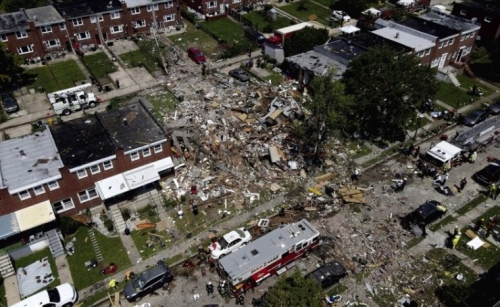 A natural gas explosion destroyed three row houses in Baltimore on Monday morning, killing a woman and trapping other people in the debris. At least six people were seriously injured, and firefighters were searching for more survivors.

Dozens of firefighters converged on the piles of rubble. A fourth house in the row was ripped open, and windows were shattered in nearby homes, leaving the northwest Baltimore neighborhood of Reisterstown Station strewn with glass and other rubble, The Associated Press (AP) reported.