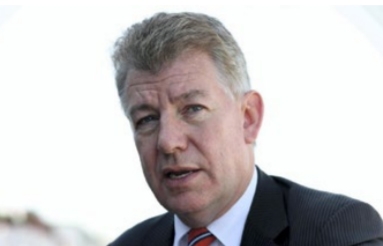 Dubai International Airport, the world’s busiest airport for international travellers, handled 86.4 million passengers in 2019, dropping 3.1 per cent from the previous year to post a rare annual fall in traffic. Chief Executive Paul Griffiths said factors behind the drop included a temporary runway closure, the collapse of India’s Jet Airways, and the worldwide grounding of the Boeing 737 MAX.

The airport lost an estimated potential 3.2 million passengers as a consequence, he said. Dubai is a popular destination for Indian airlines such as Jet, while flydubai, based at the airport, is a major MAX customer.

A spokesman initially said it was the first time ever annual passenger traffic had fallen but later clarified it had also fallen in 1986 and 1991. Passenger traffic had also disappointed in 2018, when a return to double digit growth had been expected, but instead it grew just 1pc, its slowest pace in 15 years.

Aircraft landings and takeoffs fell 8.6 per cent to 373,261 during 2019, while the average number of passengers per flight increased 5.8pc to 239. Passenger traffic increased by 1.3pc in the fourth quarter to 21.9m, with the airport handling on average 7.2m passengers each month throughout the year.

First quarter passenger traffic is likely to be impacted by the coronavirus outbreak in China, which has led to travel curbs and suspension of flights to and from the world’s biggest economy. The United Arab Emirates, of which Dubai is a part, is suspending all passenger flights to and from mainland China, except Beijing, from Feb. 5.