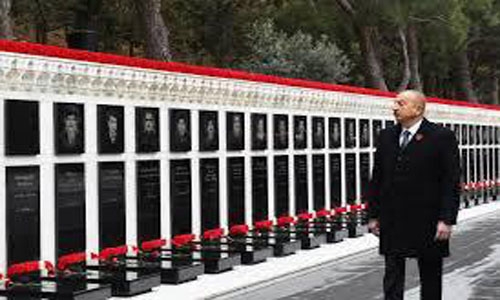 Thirty-one years have passed since January 20, 1990 events, which went down the history of Azerbaijani people as Bloody January tragedy. The atrocious act of terrorism committed in that day by military machine of the former Soviet Union against the people of Azerbaijan will always remain as a black page in the history of civilization, and as one of the worst crimes against humanity.

Acting upon the orders of the USSR Communist Party leadership, 26 000 Soviet troops, heavily armed and equipped with military combat vehicles, attacked Baku to punish people rallying on the streets, protesting against violations of the territorial integrity of Azerbaijan and demanding freedom. As a result of punitive actions more than 145 civilians were killed and 700 wounded, hundreds of people were arrested and subjected to various forms of physical pressure. Among victims were children, women, young and old men and civilians of different nationalities in Baku.

The strong indignation and protest of the people of Azerbaijan were caused by the prejudiced and biased policy of the Communist Party and the Government of the Soviet Union towards the people of Azerbaijan. Soviet authorities’ connivance at the Armenian expansionists, who claimed Nagorno-Karabakh, an integral part of Azerbaijan, had already allowed Armenia to forcibly expel more than 250.000 Azerbaijanis from Armenia in 1988-1989.

The next day, on January 21, 1990, Heydar Aliyev, National Leader of Azerbaijan, at the press conference for the representatives of foreign mass media, organized in the Permanent Mission of Azerbaijan in Moscow, condemned the aggression of Soviet leadership against Azerbaijan and its people. His statement became the first political assessment of Black January of 1990. Helsinki Human Rights Watch has addressed how the Soviet brutal army intentionally crashed unarmed peaceful civilians under their tanks.

According to its reports, “among the most heinous violations of human rights during the Baku incursions were the numerous attacks on medical personnel, ambulances and even hospitals”.

The Wall Street Journal editorial of January 4, 1995, stressed that the Soviet leader Gorbachev chose to use violence against “independence-seeking Azerbaijan.”

Black January has become the turning point in the history of modern Azerbaijan. The Soviet invasion failed to achieve its aim. The Azerbaijani people confronted the tragedy with strength and dignity. Every bullet that was fired splattered blood across the face of the Soviet regime, undermining the ideals of communism and totalitarianism. The heroism of the people of Azerbaijan on January 20, 1990, made the final collapse of the Soviet Union inevitable.

“Black January” is forever inscribed in the country history as a day of heroic struggle in the name of the freedom and territorial integrity of Azerbaijan. The day that led to serious losses and the killing of innocent people demonstrated the readiness for struggle, the pride of people who could not bear the policy of the USSR leadership treacherous towards Azerbaijan, raised their voice to gain freedom and on October 18, 1991, Azerbaijan regained its independence.

Today the victims of the Black January repose in Martyr’s Alley in the capital city of Baku. They were among the first to sacrifice their lives for freedom. Those heroes will never be forgotten!

Therefore, every January 20 our nation pays tribute to those killed by the Soviet army in 1990. This is a very tragic and sad day for our people. It was a crime against humanity and a rare case where the state used force on such a large scale against its own citizens. But it is also a time to reflect on the value and importance of the independence. Those killed on that day sacrificed their lives for the independence of Azerbaijan and it is our duty always remember and pay our respects to them. My hope is that perpetrators of this crime against humanity will be brought to justice.

(The author SHAHIN ABDULLAYEV is Azerbaijan’s ambassador to Saudi Arabia) 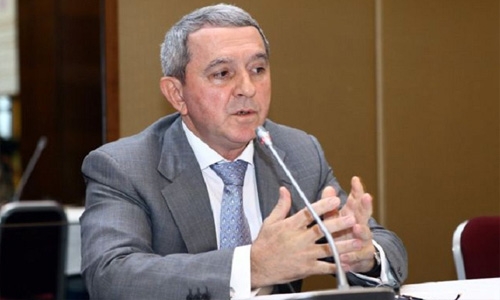