The new Arab approach | THE DAILY TRIBUNE | KINGDOM OF BAHRAIN 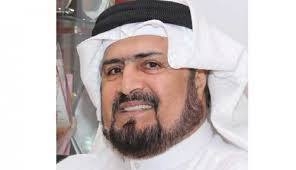 Through millennia, mankind has always valued peace. Wars have been fought to secure peace and the irony of how a desire for peace fans conflict is not lost on any of us. When there is peace, we can all enjoy prosperity and growth. In the Middle East, the canker of Palestinian-Israeli conflict has always drawn the Arab world into opposing sides.

With the announcement of the U.S. - sponsored normalising of relations between UAE and Israel and the halting of the annexation of Palestinian territory by Israel, are we poised at the cusp of a period of sustained solution-seeking? Make no mistake: while this cessation of conflict is very important, it is not the end but just the means to an end.

A long-term answer to a problem that has plagued the region since Biblical times is not going to suddenly happen overnight. Yet, by taking this valuable first step, the UAE has signalled that the Arab world is ready for the sake of future generations to work out a long-lasting and impactful change in the political scenario of the Middle East.

We are often told that the Arab world should do more to engage with its sticky patches. Whether it’s the Syrian crisis or the influx of refugees or the Palestinian search for lasting peace, the world loves to wag its finger at the Arabs and admonish them for just not pulling their weight.

In what we can all sense is a new world order, with younger leaders, more Arab countries are taking a reality check and reaching out for inclusive answers to age-old problems. In Bahrain recently, the way His Majesty King Hamad immediately responded to the tragic Beirut blast and instructed his charity representative HH Shaikh Nasser bin Hamad to send immediate relief supplies to the people of Lebanon was an example of how the Arab world is using its geopolitical space to build a network of support with each other. The UAE-Israel normalisation of ties also throws into relief the fake concern for Palestine by opportunistic regimes. Let us then applaud this historic move and may good times and peace come to us all.