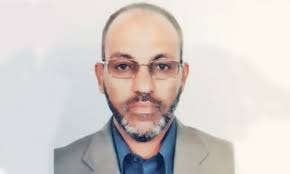 In 2019, the Arab world has witnessed persistent violence, frequent displacements and widespread protests. Lebanon, Iraq and Iran, which were relatively quiet, when it comes to street protests and demonstrations by their respective citizens, observed an upward increase in violence. The warfare in Yemen, Libya and Syria continues unabated, not to mention the political stagnation in Palestine, which the world community seems to have ignored.

The rift between the quartet (Saudi Arabia, United Arab Emirates, Bahrain and Egypt) and Qatar has seen no improvement despite a series of GCC initiated diplomatic rapprochements. Once again, The Emir of Qatar has boycotted the GCC summit, which took place in Riyadh recently.

Qatar’s belligerent political posturing seems to continue indicating that the country will remain isolated for some time to come. The GCC summit was the right platform to address regional concerns and unfortunately, Qatar has failed to exploit the opportunity. It was a golden chance lost.

Customarily, issues of concern that go beyond the GCC is handled by the Jeddah based Organization of Islamic Cooperation (OIC), an inter-governmental organization established in 1969. Cases of complaints, conflict or mutual concerns that affect Islamic countries ranging from solving conflicts to affording financial assistance to member states are dealt with by the OIC.

Recently, some mostly non-Arab Islamic countries, attempted to establish an alternative to OIC, with suspicious agenda that has the potential to divide the 57 Islamic countries subscribing to the OIC. A dangerous path that can weaken, sow division, encourage strife and hinder development projects among OIC members.

One such attempt was the four-day conference that took place from Dec 18- 21, 2019 held in Kuala Lumpur, Malaysia. Notorious individuals and countries suspected of supporting terrorism including Iran were involved. The Emir of Qatar, Sheik Tamim bin Hamad Al Thani, who boycotted the recent GCC summit, Turkish President Recep Tayyip Erdogan and Iranian President Hassan Rouhani attended the summit known as the Perdana Dialogue.

The Kuala Lumpur gathering and the makeup of the attendees speaks volumes as to the intention of the meeting. Several countries belonging to the OIC have boycotted it, describing it as a ‘summit of conspiracy’ against the main establishment. These seemingly unholy meeting came at a time where big social and political changes are taking place in Saudi Arabia in particular and the GCC in general.

The Arab world has several socio-economic challenges to deal ranging from economic downturn to the growing unemployment among the young population. However, to confront all these social malaises, they need to solve the political issues that faced them in unison.

Despite the political turmoil the region is witnessing, Bahrain remains the oasis of peace, a beacon of tolerance and coexistence and shows remarkable economic improvements. It has ensured political stability, attained high marks in major social parametres. In short, Bahrain stands out as an inspiration of development and prosperity to other countries.

The number of tourists flocking to the Kingdom soared, and Manama has been named ‘Capital of Arab Tourism’ for the second time in just seven years. The designation is a reflection of its excellent tourism services, extensive investment in family entertainment outlets and availability of on arrival visa entrance programmes for citizens of several countries.

The endeavours to improve the tourism business is expected to increase in the coming year, which can greatly contribute to the non- oil revenue the kingdom intends to generate.

The construction of the new airport terminal expected to be functional in the first quarter of the New Year, will have more advanced facilities to satisfy the growing number of tourists.

Bahrain being the hubs of dozens of business activities has celebrated 100 years of providing public services including education, banking and public security. These services are expected to develop in line with digital economy the world is witnessing. We hope that better times are coming.

Finally, I would like to extend my New Year best wishes to the leadership and people living in this beautiful Island of ours.

Put away phones at mealtimes and talk to each other: pope

Sydney fireworks to go ahead despite massive protest petition