Whatsapp is poised to change the way you chat! | THE DAILY TRIBUNE | KINGDOM OF BAHRAIN 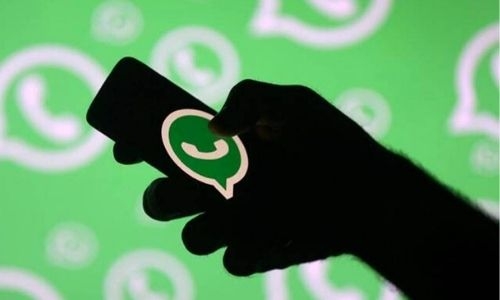 Whatsapp is poised to change the way you chat!

WhatsApp is currently working on creating a unique feature in a beta version of its application, which is expecting an official rollout soon. WABetaInfo revealed that a new upcoming feature would allow WhatsApp users to conduct polls within groups.

In the next few weeks, users may see the polling feature, which is currently undergoing testing on the latest beta version of the app. It is noteworthy that opinion polls are an option available in most applications such as “Twitter”, “Telegram” and “Facebook”, so it seems that it is time to get the feature on “WhatsApp”. While early rumours suggest the feature is coming to iOS devices, it's likely to include Android as well. Reports say the polls feature is now available on group chats in beta version 22.8.0.72 of WhatsApp. With the new update, users should be able to create a question with custom options for responses that people in the group chat can vote.

The question reportedly includes up to 12 different answer options. The meta-owned messaging app had the surveys feature in development for a while until the latest beta version. It is expected that the new feature will be welcomed by family groups and workgroups.

Screenshots obtained by the WABetaInfo blog give a glimpse of what the new feature might look like.The poll will allow only group members to see the polls and results. Unfortunately, no details are available about when or even if the feature will reach the public. Upto 2 GB files Waebetainf also said Whatsapp is testing the ability to share media files up to 2GB in size to some users in Argentina. Besides, WhatsApp is now releasing a feature that “lets us understand when a document is fully downloaded on our devices or uploaded to their servers.”

Vegetable, fruits prices back to normal in Bahrain: Al Amin

Riffa battle past Ahli to extend lead atop table