'Now this is a role model': From Afghan refugee to Danish footballer; how Nadia Nadim is inspiring netizens | THE DAILY TRIBUNE | KINGDOM OF BAHRAIN 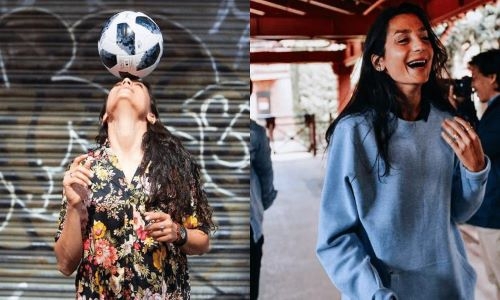 Fighting in the face of adversities and coming out stronger and brighter is what makes a hero. One such hero is Nadia Nadim.

Nadim is a footballer from Denmark in Europe. She recently won the French League title with PSG and just joined Racing Louisville FC.

Nadim's story is an inspiration to many. She was born in the city of Herat. In 2000, her father who served as a general in the Afghan National Army was executed by the Taliban. Along with her family, she fled to Denmark.

From the girl who fled her birth country, today Nadim is a role model for every person who aspires to achieve great things in life.

Speaking about Nadim's greatness, a tweet was made by @BaristaBarrist1 where he wrote, "Father killed by Taliban in Afghanistan when she was 11, fled to Denmark. Scored 200 goals & represented the Danish national team 98 times. studying to be a surgeon. Speaks 11 languages, on the Forbes list of Powerful Women. show your daughter a role model, show her Nadia Nadim!"

In no time, the tweet went viral as people fell in love with the footballer.