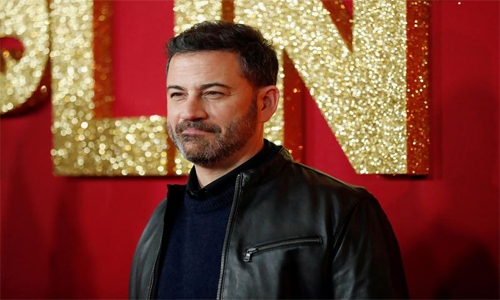 James Corden and Jimmy Kimmel are taking their late-night talk show back home due to a surge in coronavirus cases in the Los Angeles area that has brought calls for production on all films and TV shows to be halted indefinitely.

Corden tweeted on Monday that he was headed back to his garage to film “The Late Late Show” and would remain there “until it’s safe to return to our studio.”

The decisions follow appeals by the actors union SAG-AFTRA and Hollywood producers for production to be suspended on all TV and film sets until more hospital beds become available to treat COVID-19 patients as well as those with other illnesses.

“Patients are dying in ambulances waiting for treatment because hospital emergency rooms are overwhelmed. This is not a safe environment for in-person production right now,” Gabrielle Carteris, the president of SAG-AFTRA, said in a joint statement issued on Sunday.

Despite a stringent shutdown that includes gyms, hair salons and restaurants, Los Angeles County is currently a major hot spot in the coronavirus crisis with one person dying every 10 minutes, according to local health officials.

Film and TV production was classified as an essential industry after stringent testing and safety protocols were agreed in June that enabled Hollywood to get back to work.

But despite the precautions, several sets, including “Young Sheldon” and “Lucifer,” have reported COVID infections among their cast or crew, according to public health data.

Sunday’s appeal was for a more extensive hiatus and encouraged performers, producers and crew members to stay at home for “the next several weeks.”