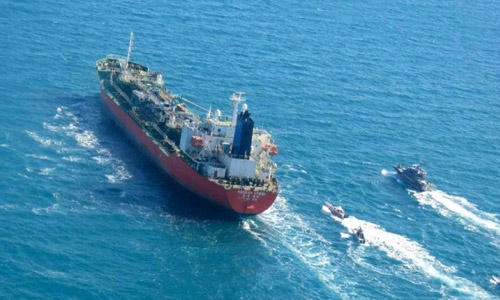 South Korea is dispatching a delegation to Iran as early as today to seek the release of a tanker seized in Gulf waters by Iranian forces, with a senior diplomat set to go ahead with a planned visit to Tehran on Sunday amid tensions over $7 billion in Iranian funds frozen in Korean banks due to U.S. sanctions.

News of the visits came as Seoul’s foreign ministry called in the Iranian ambassador to South Korea for a meeting and urged the early release of the South Korean-flagged tanker and its crew of 20. It was carrying a cargo of more than 7,000 tonnes of ethanol when it was seized on Monday over what Iranian media said were pollution violations.

The incident comes as Iran shows increasing signs of willingness to assert its claims in the region as U.S. President-elect Joe Biden prepares to take office later this month, succeeding Donald Trump.

On Monday Tehran also said it had resumed 20% uranium enrichment at its underground Fordow nuclear facility: The Trump administration reimposed sanctions on Iran in 2018 afterWashington withdrew from Tehran’s 2015 nuclear deal with sixmajor powers.

The Iranian ambassador, Saeed Badamchi Shabestari, told reporters “all of them are safe,” when asked about the status of the crew before his meeting with a Seoul foreign ministry official.

Iranian state TV previously cited a Tehran government official as saying South Korea’s Vice Foreign Minister Choi Jong-kun had been scheduled to visit before the seizure of the tanker Hankuk Chemi to discuss Iran’s demand that the frozen funds be released.

Vice minister Choi will discuss “various pending issues” between the two countries on top of the seizure, foreign ministry spokesman Choi Young-sam told a briefing in Seoul on Tuesday.

“In the earliest possible time, a working-level delegation led by the regional director will be dispatched to Iran to try to resolve the issue on the ground through bilateral negotiations,” spokesman Choi said.

India to cull thousands of birds over flu scare