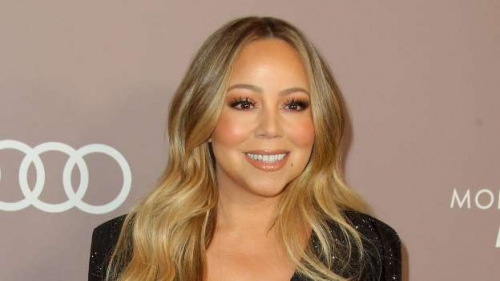 Mariah Carey talked about racism during Thursday’s interview with Andy Cohen and revealed that her son was bullied by a “white suprema - cist.” The singer talked about her memoir, “The Meaning of Mariah Carey,” when she touched on a serious discussion about racism. She said she reads excerpts from her book about her first-hand experience with racial discrimination to help her kids understand what is happening in the world. “ I’m reading chapters to them that are helping to illustrate my encounters with racism, and how they can then have a greater understanding, and ultimately a greater reservoir with which to deal with the situation itself,” Carey said during a video interview on “Watch What Happens Live.”

The 50-year-old artist then shared that her 9-year-old son, Moroccan, whom she calls Rocky, recently experienced racism. “Rocky just got bullied the other day by a white supremacist person that he thought was his friend,” Carey revealed and called it “insane” that “this is the world we live in.” In the same interview, the singer admitted that it was a “struggle” for her being biracial. Carey’s mother is of Irish descent and her father was from an African-American and Afro-Venezuelan lineage. She said the “only reason she was aware so early on that “there was such a thing as race” was because “it became a subject of humiliation” for her when she was a child.

One die in boat accident near Sitra