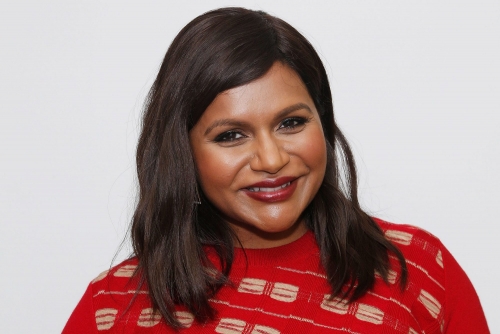 Mindy Kaling has surprised fans by announcing she has given birth to her second child. The Office star said she welcomed her son, who is named Spencer, on 3 September. She had not previously revealed she was pregnant. Kaling shared the news during an appearance on The Late Show with Stephen Colbert. “I got something I rarely get these days, which is good news, so if you wouldn’t mind sharing with our audience I think they’d be thrilled to find out something extraordinary that nobody knows up until this moment,” Colbert said during the virtual interview. “Yes, I’m telling it for the first time now. It feels so strange,” Kaling replied. “But I gave birth to a baby boy on 3 September.”

Colbert remarked how “no one even knew” that she was expecting, to which Kaling said: ”I know! I know! This is news to a lot of people. It’s true.“ Kaling already has a two-year-old daughter, named Katherine. The comedy writer has never shared a picture of her daughter’s face or the identity of the child’s biological father, saying it was important to maintain some privacy. Explaining her decision during an interview with the New York Times in 2019, Kaling said: “My feeling is that, until I speak to my daughter about that, I’m not going to talk to anyone else about it.” However, she has revealed her former The Office co-star BJ Novak is Katherine’s godfather. “The truth is that BJ is so much more like family now than a platonic friend,” Kaling told Good Housekeeping. “He’s the godfather to my daughter, he comes over like once a week. Sometimes he’ll come over just to hang out with her.”