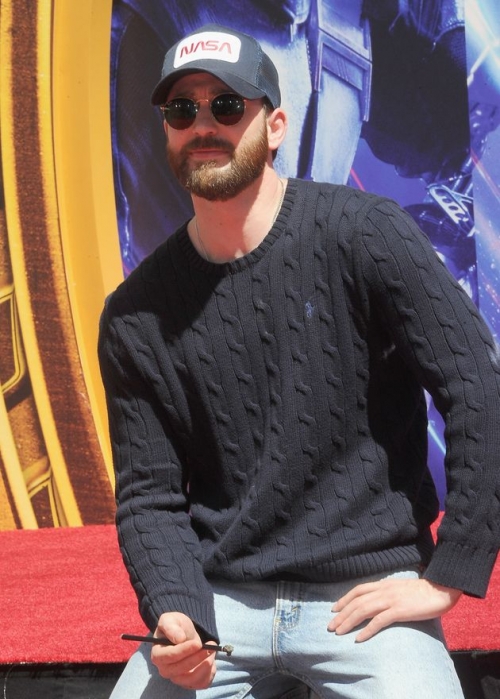 Chris Evans has hit out at Donald Trump, following the president’s latest, rather confusing, statement about coronavirus. The Marvel star has been one of Trump’s most vocal celebrity critics in recent times, particularly in the wake of the US leader’s remarks about the Covid-19 pandemic, following his own diagnosis. On Thursday, the POTUS shared what was potentially his most confusing statement about the virus to date in a Twitter video, in which he was heard saying: “We’re taking care of our seniors.

You’re not vulnerable but they like to say you’re vulnerable. You’re the least vulnerable but for this one thing, you are vulnerable. So am I.” And evidently we weren’t the only ones left scratching our heads, with the Captain America star coming for Trump on Twitter. “His brain is a scribble,” he wrote, in the early hours of Friday morning, alongside a clip of Trump’s bewildering video. Chris was similarly critical of Trump earlier in the week, when he urged Americans not to be “afraid” of Covid. “Don’t be afraid of Covid?!” Chris questioned. “You’ve been under roundthe-clock care by the best doctors using the best drugs.

Do you really think everyone has access to that?! “Sadly, I’m sure you’re aware of that disparity, you just don’t care This is reckless to a shocking degree, even for you.” He previously retweeted a message from a doctor blasting the president after he was taken on a drive-by to greet supporters outside of the hospital where he was being treated, days after his coronavirus diagnosis. “Every single person in the vehicle d u r i n g that comp l e t e l y unnecessary Presidential ‘driveby’ just now has to be quarantined for 14 days,” the message read. “They might get sick. They may die. For political theater. Commanded by Trump to put their lives at risk for theatre. This is insanity.