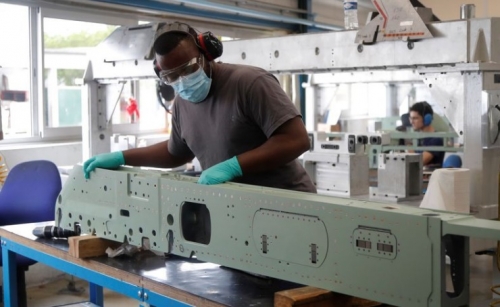 The French economy is set to rebound sharply in the second half of the year after an unprecedented slump in the first half due to the coronavirus lockdown, the INSEE statistics agency said on Wednesday. The euro zone’s second-biggest economy likely contracted 17% in the second quarter from the previous three months, unchanged from a June forecast and already on the heels of a 5.3% slump in the first quarter, INSEE said, according to Reuters.

The economy was set to rebound 19% in the third quarter and a further 3% in the fourth quarter with activity seen 1-6% below pre-crisis levels by December, it added. Over the course of the year, INSEE estimated that the economy was set to contract 9%, France’s worst recession since modern records began in 1948 but not as bad as the 11% slump the government forecast in its last revision to the 2020 budget.

The government put France under one of the strictest lockdowns in Europe in mid-March, but the economy saw a “gradual, but sharp recovery” in the weeks after the government began lifting restrictions on May 11, INSEE said.