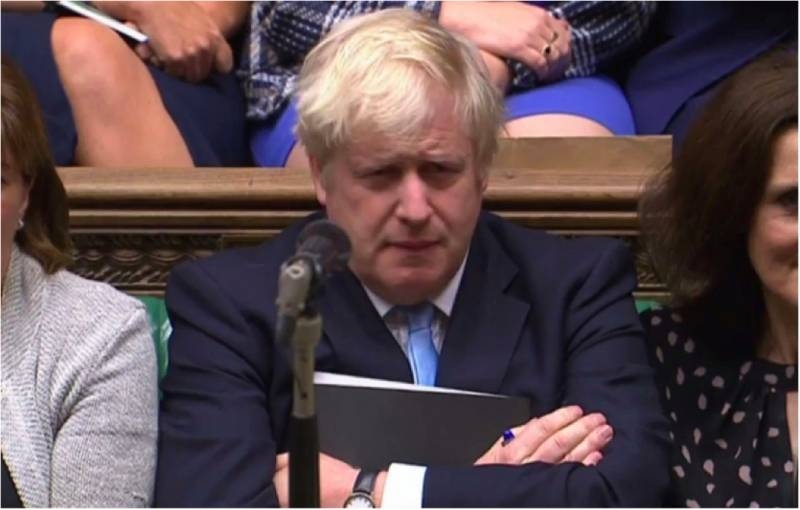 Beleaguered British Prime Minister Boris Johnson vowed to continue his attempts to strike a new Brexit deal with Brussels, after losing yet another vote yesterday during a chaotic parliamentary session. Johnson slammed the opposition for voting against his call for a snap election in the final minutes of a stormy late-night debate ahead of a controversial suspension of parliament called by the prime minister.

He said he would “strive to get an agreement” at a summit in Brussels next month -- the alternative is a “no-deal” departure that critics warn would spark economic chaos. Johnson accused his opponents of shirking their duty by blocking an early election. He held a cabinet meeting later yesterday to plot his next move after a series of defections and expulsions left him far short of a parliamentary majority and unable to garner enough votes from MPs to hold an early election.

He was also due to meet with Arlene Foster, leader of Northern Ireland’s Democratic Unionist Party (DUP), amid rumors that he may be softening his negotiating demands over the key issue of the Irish border and associated trade conditions after Brexit. Foster, whose party wants Northern Ireland to remain part of Britain, warned Johnson that the province must not be sacrificed in talks. “What people are talking about is the break-up of the United Kingdom,” she told Sky News.

“That is not something that any prime minister in the United Kingdom is going to in any conscience go along with.”