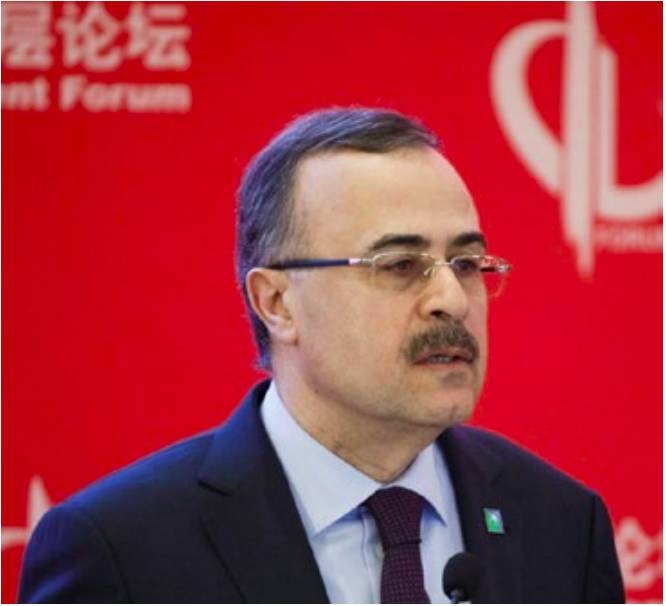 Saudi energy giant Aramco is ready for a two-stage stock market debut including an international listing “very soon” but the timing is up to the government, its CEO said yesterday.

Aramco has said it plans to float around five percent of the state-owned company in 2020 or 2021 in what could potentially be the world’s biggest stock sale. The mammoth Initial Public Offering (IPO) forms the cornerstone of a reform program envisaged by Crown Prince Mohammed bin Salman to wean the Saudi economy off its reliance on oil. It aims to raise up to $100 billion based on a $2 trillion valuation of the company.

“We have always said is that Aramco is ready for listing whenever the shareholders make a decision to list,” Aramco CEO Amin Nasser told reporters on the sidelines of the World Energy Congress. “And as you hear from His Royal Highness Prince Abdulaziz yesterday, it is going to be very soon. So we are ready -- that is the bottom line,” he said, referring to the newly appointed energy minister.

With the low oil price believed to be a factor weighing on their decision-making, he added however that the actual date would be a “government decision”. The government has not given any explanation for the delays, but apart from holding out for the big-ticket valuation, they are also said to be concerned the IPO could bring intense legal scrutiny of the secretive company’s finances and corporate inner workings.