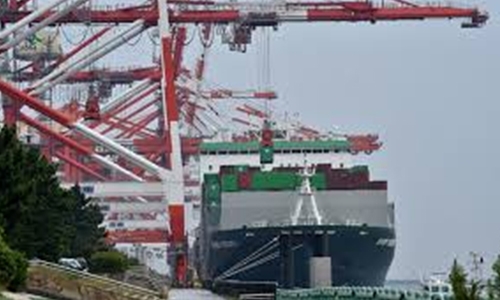 Japan’s politically sensitive trade surplus with the United States grew more than 15 per cent in July, data showed yesterday, as negotiators from the two economic powerhouses prepare to restart talks over a free trade deal. According to Japanese finance ministry statistics, the trade surplus with Washington climbed to 579.4 billion yen ($5.5 billion) last month, a 15.6-percent year-on-year gain and the fifth consecutive monthly rise.

Japanese imports from the US rose 3.5 percent, led by aircraft and crude oil, but this was outweighed by an 8.4-percent climb in exports driven by chip-making equipment and construction machinery, the ministry data showed. Donald Trump and Japanese Prime Minister Shinzo Abe enjoy close ties but the bullish US president has frequently claimed that Tokyo has an advantage in bilateral trade and has called for a “more fair” relationship.

On a visit to Japan in May, Trump said he was expecting to announce “some things” on trade negotiations in August, but no firm deadline has been set yet for an agreement. The two main trade negotiators, Japan’s Economy Minister Toshimitsu Motegi and US Trade Representative Robert Lighthizer are slated to meet in Washington on Wednesday and Thursday. The data showed that Japan had an overall trade deficit of 249.6 billion yen last month, a 9.8-percent increase year-onyear.