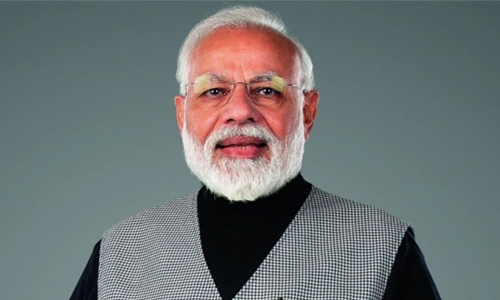 Trade is expected to top the agenda as the Kingdom is all set to welcome Indian Prime Minister Narendra Modi on Saturday. Many trade agreements are expected to be signed between the Kingdom and India on the sidelines of the visit. After taking over, Indian Prime Minister Narendra Modi, has earnestly made efforts to reorient India’s foreign policy and chart out a new path.

According to foreign policy experts, there was a conscious move by his government to enforce a paradigmatic shift in India’s foreign policy priorities moving from ideological considerations to pragmatic thinking in consonance with the massive changes in the world politics and order. Modi’s efforts towards reorientation of foreign policy include portrayal of India as a strong, confident, competitive and secure country and enter the ‘big league’ as a ‘rule maker’ and no more remain a mere ‘rule-follower’.

Modi’s pragmatic, focused and action oriented foreign policy have achieved significant results, making India a power to reckon with. India has now good relations with the US and Russia, the UK and Saudi Arabia. India, being the largest democracy, is today looked upon as a ‘global power’ who can assume the leadership role and transform international relations for better.

During his visit, the Indian Prime Minister will hold talks with His Majesty, HRH the Premier, HRH the Crown Prince and other senior government officials. Indian Ambassador Alok Kumar Sinha told media yesterday that preparations are in full swing to organise one of the largest gatherings of the Indian diaspora in the Kingdom.