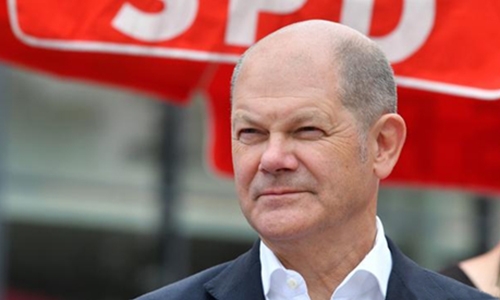 The German economy could enter a recession in the third quarter, the Bundesbank warned yesterday, as the debate on government measures to support the economy swelled in Berlin. “The economy could contract again slightly” this summer, Germany’s central bank said in its monthly report, following a 0.1-percent decline in gross domestic product (GDP) in the second quarter. “According to data currently available, industrial production is expected to shrink markedly in the current quarter as well.”

Having seen a decline in trade against the backdrop of the US-China trade war, two of its main customers, Europe’s biggest economy will enter what it technically defines as a recession should GDP shrink further. Alarmist signals are reviving the political debate between those who support the German government’s dogma of balanced budgets and those seeking more flexibility in order to revive the economy.

Germany can afford it on paper after five consecutive years of budget surpluses and interest rates for long-term loans that are extremely attractive to the federal government. As US-China tensions intensify, economists have urged Berlin to fork out cash to avoid a recession, but Chancellor Angela Merkel’s government has previously said things were not yet bad enough to warrant loosening the purse strings.

Citing anonymous sources, Der Spiegel news magazine said Friday that the government “had no intention of continuing to set aside money in the event of a recession”. That would mean abandoning the so-called “black zero” doctrine committing the German state to a balanced budget. On Sunday, German Finance Minister Olaf Scholz hinted at a potential intervention, stating that Germany could “fully face up to” a new economic crisis.

“It is sometimes important, when things change completely, for example, for us to have enough strength to react,” he said during an open house day at government offices. “If we have debt in Germany that is less than 60 percent of our GDP, that is the strength we need to stand up to a crisis,” he added.

Scholz pointed to the estimated 50 billion euros ($55 billion) that the 2008-09 financial crisis had cost the German government. “We have to be able to muster that and we can muster that –- that’s the good news.”