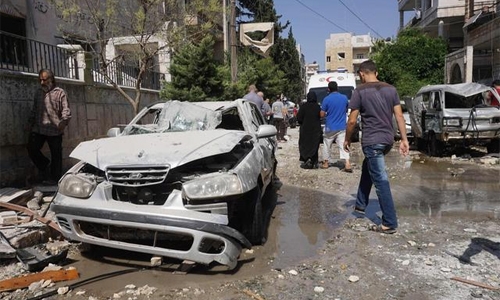 A new sabotage attack has hit a gas pipeline in Syria, state media reported yesterday, putting it out of service in the latest setback to the country’s troubled energy sector. The official news agency SANA denounced what it called a “terrorist act”, without identifying the suspected perpetrators.

According to the Syrian Observatory for Human Rights, a Britain-based war monitor, a bomb blast targeted the pipeline in the Badiya desert, where the Islamic State jihadist group is present. The pipeline transports gas from the government-controlled Shaer field, the country’s largest, in the central province of Homs to the Ebla plant, according to SANA.

“The gas pipeline... was put out of service by a terrorist act,” the agency said, adding that “technical teams are working to repair it in the coming hours.”