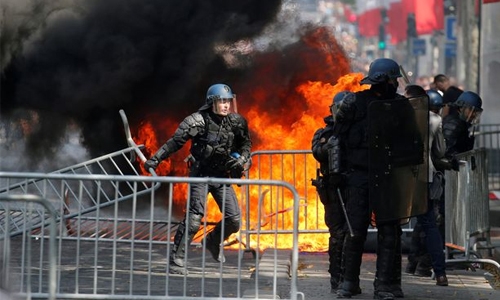 Key EU leaders, including German Chancellor Angela Merkel and Dutch Prime Minister Mark Rutte, joined Macron in Paris to watch the annual parade that included representatives of nine other European armies in a show of unity.

But the celebrations of France’s national day were tarnished by clashes that subsequently erupted between protesters and police that recalled violence seen at the peak of the “yellow vest” protest movement earlier this year.

Pakistan to pay foreign firm $6 billion over mine closure