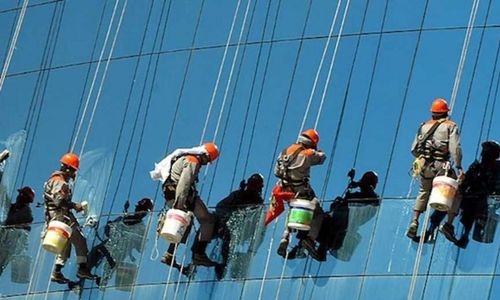 Low-income migrant workers have become more vulnerable due to the increasing cost of living in Bahrain.

According to a 2022 survey by InterNations, Bahrain is the 15th best destination for expats living and working abroad.

It, however, also adds that while the cost of living rises continuously, the wages of expats have remained stagnant.

Specifically, the prices of food products, electricity, and water bills rapidly increased in recent years, but not wages. Some parliament members had even issued ration cards to nationals as a relief.

This was to ensure that “people in Bahrain do not go to sleep hungry”, a migrant rights organisation website quotes a former lawmaker as saying.

The lawmaker adds: “Even average-income people are struggling to make ends meet, so you can imagine how difficult it must be for low-income families and pensioners.”

However, such humanitarian initiatives seldom take into account migrant workers, despite them occupying 50% of the population.

When asked about the poverty among expatriates, an economist and social worker remarked: “Bahrain is not a country where poverty is widespread; it is one of the richest countries in the world and those found begging on the streets are not nationals.”

Our sources say the salaries of most expats have not increased in about 17 years. “The cost of living has increased, but the salaries remained stagnant.” “Commodity prices are also on the rise.” Private sector minimum wage!

Another issue is that Bahrain does not report a private-sector minimum wage. “Since expatriates are arriving in great numbers to the Kingdom for work, employers always find healthy competition, giving them the freedom to hire at minimum wages.

This should be read alongside the issues in the Kingdom regarding individuals not paying their EWA bills on time, with many claiming “they cannot afford it.” A resident, who does not want to be named, told The Daily Tribune, “I am struggling to pay my bills every month; my salary does not allow me to live comfortably.”

“There are some months where I struggle to pay even for food.” Reports also say there is a considerable increase in the number of people begging on the streets recently, with most identified as migrants. Meanwhile, citizens claim that the money sent abroad drains Bahrain’s economy.

The common consensus, however, is that migrant workers are suffering harsh conditions (working and living), as the cost-of-living increases, it becomes more difficult for them to live comfortably.