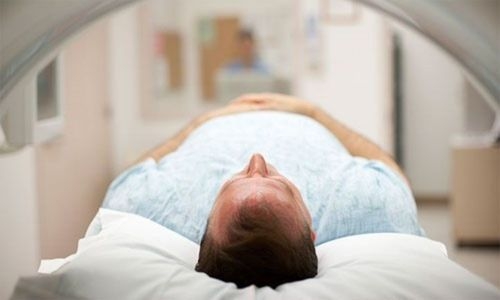 When compared to its neighbours, Bahrain has one of the highest incidences of prostate cancer per capita in the Middle East. Yet, a study by RCSI Bahrain found that “men and family circles can have a knowledge gap when it comes to comprehending prostate cancer.”

According to research, “prostate cancer has a lower incidence and mortality rate compared with the global average.

This may be related to lifestyle differences and possible under reporting of cases due to underdeveloped cancer registries.”

“Reasons for not having a prostate screening checkup included no need, no time, no transport, lack of knowledge before, fear of discovering something, and some respondents who believed that there was no need to have a checkup because their health was in God’s hand.

Prof Dr Bob Djavan, who is a professor of Urology at the University of Vienna and New York University.

He is also the Chairman of the Department of Urology, Rudolfinerhaus Foundation Hospital in Vienna, Austria, earlier spoke to The Daily Tribune.

The leading urologist praised the Kingdom’s healthcare sector, especially with regard to the cancer treatment protocols including the diagnosis and treatment.

He said the increasing rate of prostate cancer in the Kingdom should be linked to the early detection and screening programmes, which is a reflection of the best healthcare system.

“Thirty years ago, two-thirds of cancer cases in Europe were detected in its advanced stage.

Today it is just 10 per cent with patients living longer and having high survival rates.”

He said early detection and early treatment are vital to tackle the rising number of cases, be it prostate cancer or breast cancer.

“As long as we don’t have the so-called perfect treatment for cancer, these are the two important things that we could do.

“One thing we have learnt in the past few years in Urology and Uro-Oncology is you cannot put a specific cancer age for human beings.

But we know one thing, you are at high risk if you have a positive family history of cancer.

“Since prostate cancer numbers are increasing, we recommend the first Prostate Specific Antigen Test to be done at the age of 35.”