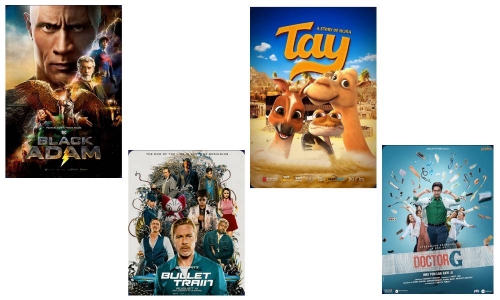 Pandemic has hit the entertainment industry hard and its long-term effects are causing lingering problems for the cinema industry, particularly for movie screen and theatre businesses.

The ever-nostalgic aroma of popcorn is waning as more people now prefer watching movies at home compared to earlier days.

Sources within the Kingdom’s theater business segment told The Daily Tribune that except for a few signs of upturn and bright spots the sector has been struggling to come out of the hibernation mode.

“Definitely, there were definitely some signs of revival during the past one year. But it is not up to the mark. People still prefer watching movies at home as Covid-19 threat still remains in the air. We still hear with bated breath about the spread of new variants, one after the other.

I can’t really tell where this Covid saga is taking this segment?”   A senior executive working with a leading cinema distribution brand in the Mideast said the theatre industry will only recover fully if every moviegoer becomes confident that they won’t get the virus after watching the movie.

However, he said, he is fully hopeful regarding the segment’s recovery. “The pandemic has really started to recede and with well-coordinated and committed efforts from the part of everyone involved in this industry, it is very much possible to get movie fans to the theaters. Class movies like Ponniyin Selvan have proved that screens are still capable of attracting people in large numbers.”

Sources said it has been Indian movies, both from the South and Bollywood, that were fuelling the Kingdom’s cinema industry. “There are a large number of Bahrainis, other than South Asian expatriates, who love Bollywood movies. The Bollywood industry itself is facing a lot of challenges, which is also trickling down to the markets, where it has gained popularity and fandom.”

Speaking to The Daily Tribune, trailblazing Bahraini Bollywood film-maker and actor Adnan Malik said Bollywood needs to overhaul, recalibrate everything, from budgets, to star remuneration, to the scripts to the cost of going to the cinema.

“Thanks to the pandemic and the lockdown that followed, the audiences became accustomed to watching content on OTT platforms from all over the world.  “There are so many great things to watch on the OTT,” said Malik who released his debut Bollywood film Khel Kood Aur Bhoot on one of India’s largest OTT platforms in May this year.

“Besides content, ticket prices are a key factor as well. The industry has to figure out what can be done to attract and keep audiences glued to their seat for the duration of the movie.  “In countries such as India, the cost of tickets with popcorn and other snacks can at times cover the annual subscription fees for an online mobile platform showcasing a bevy of content including movies, sports, and soaps.

“The overhaul is all needed and I personally think that Bollywood should move away from creating remakes that have already been released in Hindi dubbed versions.  “Post pandemic, sharp producers from the South are not only engaging top marketing brains, but also carrying out pre-production surveys of audience preferences.

Like it or not, the audience-driven shake up is likely to happen one way or the other.” Many Bollywood movies that did not receive an overwhelming welcome across theatres have emerged hits on OTT platforms.

However, since its release on Netflix, the film seems to have got a new lease of life. With audiences appreciating the film, it has racked up impressive viewing figures as well. Sources said Hollywood movies were earlier attracting a large number of movie fans into the theatre.

“But, that number has also been declining since the pandemic struck.” The screens opened in the Kingdom on May 12, 2021, Eid Al Fitr day after being closed for nearly one-and-a-half-year owing to the pandemic situation.