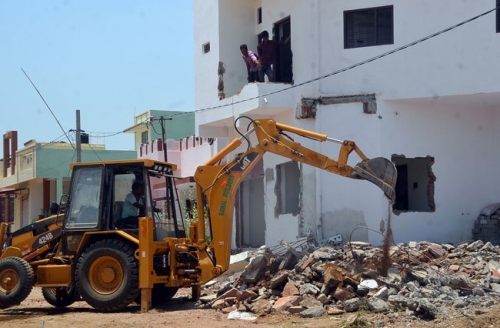 A Bahraini man who fought criminal charges and demolition threats over a 10-year-old construction can now heave a sigh of relief for the High Appeals Court told the authorities they had exhausted their right to litigate against the illegal construction after three years of inaction.

"If three years have passed since the date of the incident without filing a lawsuit, the right to file a lawsuit has forfeited," the court said, overruling an order to remove the rooms built ten years ago.

Ruling in favour of the accused, the court described the crime as 'instantaneous' and not 'continuous'. An 'instantaneous' crime is a crime which is fully consummated or completed in and by a single act.

Arson, murder and the like are examples of such crimes. It is different from crimes which involve a series or repetition of actions. "The villa owner had expanded the first floor without obtaining a licence from the competent authority.

However, he had completed that act with the end of construction and never repeated it," the court said. "Therefore, it's an 'instantaneous' crime. "Besides, if three years have passed without filing a lawsuit, the competent authority also forfeits its right to file a lawsuit. "Therefore, the court rules in favour of the appellant," the verdict said.

How did it all start?

Incidents leading to the protracted court battle started with the appellant building a room, with an attached bathroom, over his garage, without obtaining a building permit 10 years back.

However, the man said he received the shock of his life on the 6th of December 2020 on that account. On that day, he said the authorities served him with a notice describing the 10-year-old construction as illegal.

The notice said the man should remove the violating construction within two months at his expense. The Public Prosecution had also slapped him with a fine of BD1,000. However, the man approached the Court of First Instance against the notice and got a ruling in his favour.

This time, the man told the court that the order was to remove the violations within three months, forcing him to file an appeal again. The man's lawyer also filed a memorandum requesting to assign an expert to examine the rooms in question. The expert confirmed to the court that construction - a room and a bathroom on the first floor-- was built ten years ago.