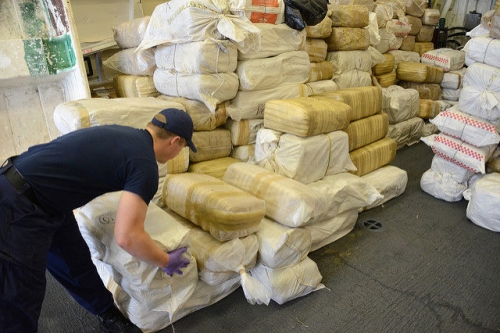 A Bahrain judge has sentenced a man, an Asian national designated as a drug lord, to 10 years in prison. The High Criminal Court also awarded ten years to another man who, police said, was a delivery agent for the drug lord.

The court also slapped a fine of BD10,000 each on both of them. Three other men implicated in the same case received a much lighter sentence of six months in prison on charges of drug abuse.

The agent posing as a buyer approached the suspects and established a relationship. After winning their confidence, the agent also placed a BD50 worth order with them and agreed to make the payment at a place of choice.

On the day of the deal, even though police waited for the first suspect, setting a trap, the drug lord didn't come. Instead, he sent the second suspect with the drugs to complete the deal. Police took him into custody as soon as he handed over the heroin to the undercover agent and took the money.

During interrogation, officers said the suspect confessed to his crimes and revealed the whereabouts of the main suspect. After securing a warrant, police raided the man's hiding and detained him alongside three others.

The trio turned out positive for using drugs during a medical examination. The court also ordered the deportation of all the men after completing jail terms.

According to the United Nations, Turkey acts as a prominent transit country for heroin.

The nature of the psychoactive ingredients in such tablets is not always clear, but reports suggest that amphetamine trafficked from SouthEast Europe is the main ingredient in Captagon tablets found in the Middle East, frequently alongside caffeine.