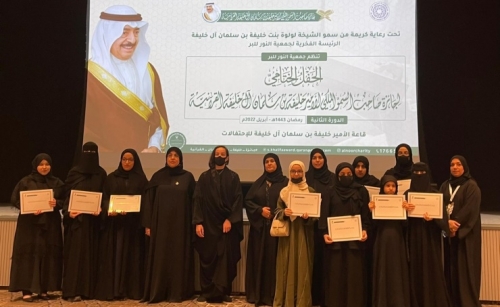 She thanked the participants for their keenness to memorise the holy Quran, calling for the need to promote the lofty values embedded in the Islamic religion, including tolerance, love, peace, good morals, mercy, justice, peaceful co-existence and rejection of extremism and terrorism.

The award included participants from the Gulf Cooperation Council (GCC) countries starting from the third edition, given the supportive stances of the late HRH Prince Khalifa towards the GCC. Shaikha Aisha bint Rashid honoured, on behalf of HH Shaikha Lulwa bint Khalifa, members of the jury and the winning participants.

US, others walk out of Apec talks over Russia’s military operation in Ukraine