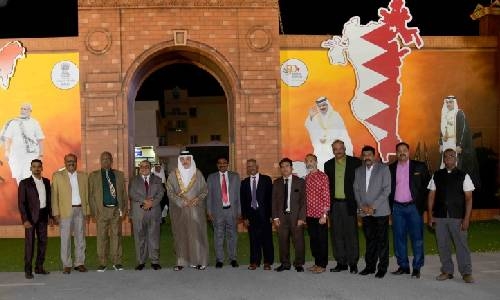 The event was also attended by Indian Ambassador to the Kingdom of Bahrain Piyush Srivastava, Club’s President PV Radhakrishna Pillai and other officials.

He said tha the establishment of Bahrain Keraleeya Samajam (BKS) reflects the social and labour role played by the Indian expatriate community in the Kingdom of Bahrain.

BKS President PV Radhakrishna Pillai thanked the minister for his participation in the celebration, stressing strong historic relations binding the Kingdom of Bahrain and Republic of India.