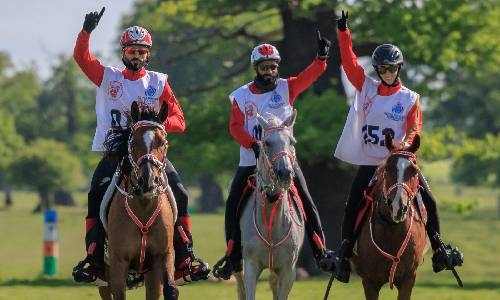 His Highness Shaikh Nasser bin Hamad Al Khalifa, Representative of HM the King for Humanitarian Works and Youth Affairs was crowned the champion of the 160km race, which was held as part of the Windsor Equestrian Championship.

The race featured elite riders from across the world. With this success, HH Shaikh Nasser added a new accomplishment to Bahrain’s endurance sport. HH Shaikh Nasser crossed the finish line in first place following plenty of stiff competition, especially from the UAE’s riders. 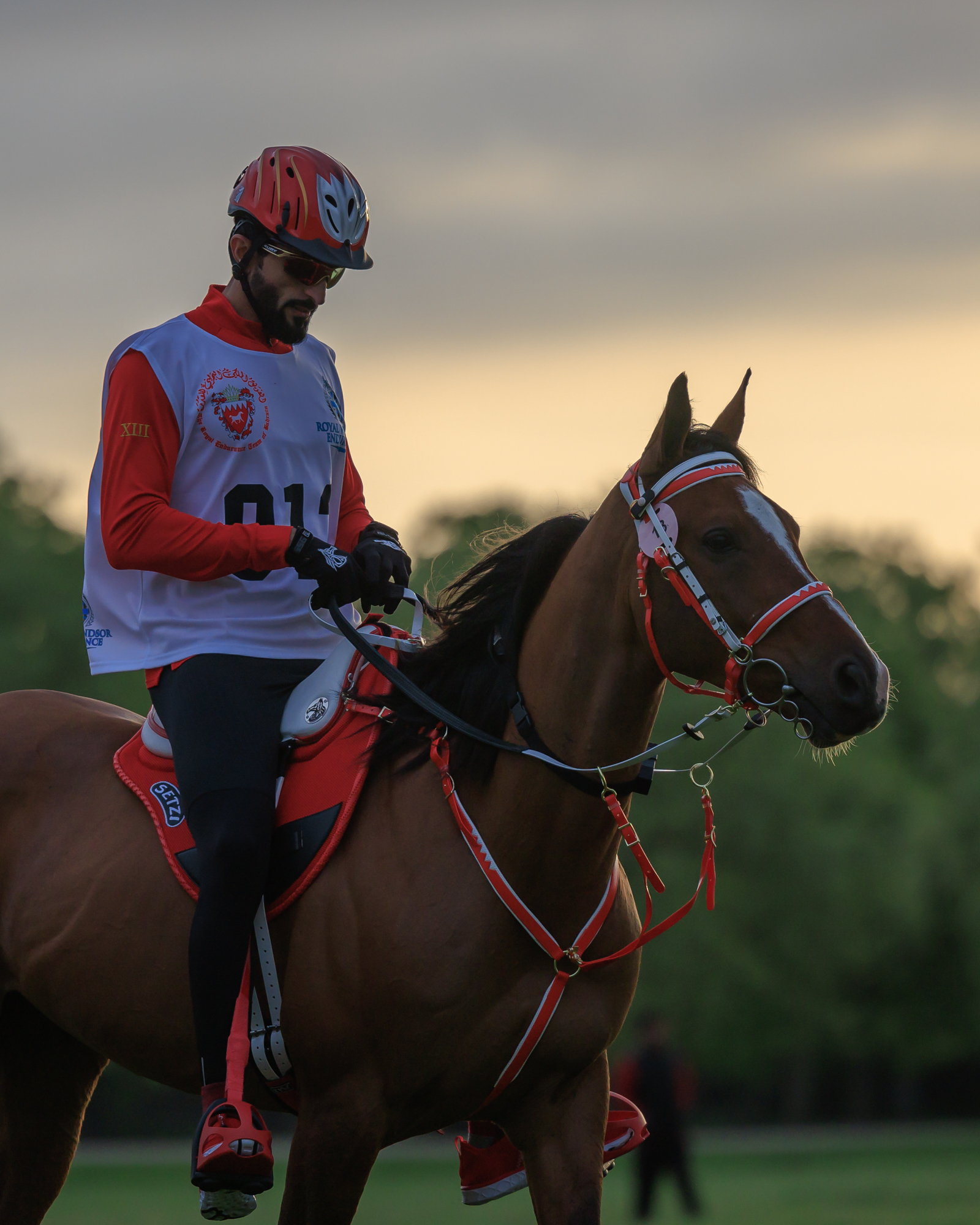 HH Shaikh Nasser commented after the race: “We have developed a vision to upgrade the Windsor Equestrian Championship by adding the 160km race in light of the keenness of the countries to compete in this distance, which represents a great addition for the riders, considering that there are many jockeys who will take part in the upcoming World Championship.

“Organising a race covering this distance for the first time has witnessed strong competition, and this reflects the keenness of the riders to leave a mark in it.” HH Shaikh Nasser added: “Windsor’s results will be a great driver for the Royal Endurance Team to continue on the same path in order to achieve further successes in abroad events.”