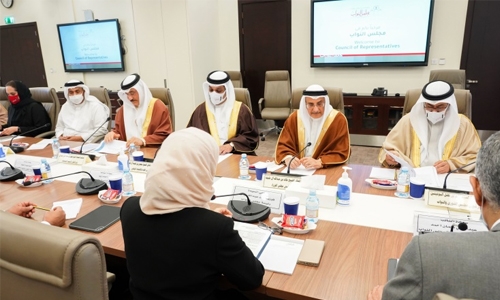 A joint executive-legislative panel has agreed to increase the financial support for low-income families and Bahraini retirees.

Ministers and members of the Representatives Council Bureau attended the meeting which was convened after the Cabinet, in its session yesterday, authorised the Deputy Prime Minister to take appropriate measures regarding a draft law related to amending some provisions on social insurance and support for low-income families.

The two sides agreed to amend the ninth article of the Social Security Law to increase the value of support for those entitled to it from the programme by 10%.

Speaker Zainal said the interests of the nation and citizens represent a top priority for the legislative and executive branches of government to achieve the aspirations and visions of His Majesty King Hamad bin Isa Al Khalifa.

She hailed the efforts undertaken by His Royal Highness Prince Salman bin Hamad Al Khalifa, the Crown Prince and Prime Minister, to strengthen cooperation, overcome challenges, create opportunities through investment projects in line with the fiscal balance programme and the goals of the economic recovery plan.

The Speaker hailed fruitful cooperation between the Council of Representatives and the government to further national work and optimise achievements for the homeland and citizens.

HH Shaikh Khalid bin Abdulla said that the government team’s participation in the coordination meeting followed the decision of the Cabinet authorising to take appropriate measures regarding a draft law related to amending some provisions related to social insurance and support for low-income families.