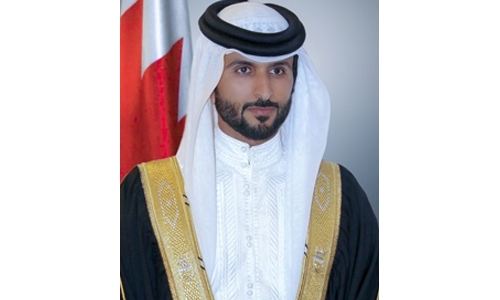 The Bahrain Cabinet approved today the dedication of March 25 as an annual day of celebration of Bahraini youth for their role in the Kingdom's growth and development. This was based on a proposal by HH Shaikh Nasser bin Hamad Al Khalifa, Representative of HM the King for Humanitarian Works and Youth Affairs.

The announcement was made during the weekly Cabinet meeting at the Gudaibiya Palace chaired by His Royal Highness Prince Salman bin Hamad Al Khalifa, the Crown Prince and Prime Minister.

The Cabinet noted the outcomes of the discussions held by His Majesty King Hamad bin Isa Al Khalifa, with the President of the Federative Republic of Brazil, His Excellency Jair Bolsonaro, and their importance in strengthening bilateral cooperation between the two countries.

The Cabinet highlighted that the agreements and memoranda of understanding signed during the visit of the Brazilian president will enhance coordination and cooperation between the two countries across the investment, political, and cultural fields and the organisation of joint events.

The Cabinet also noted the speech delivered by His Majesty King Hamad when receiving senior participants in the 17th edition of the Manama Dialogue, which affirmed the Kingdom of Bahrain’s commitment to peace and discussion that enhances regional and global security and stability.

The Cabinet commended the participation of foreign dignitaries and representatives at Manama Dialogue, which is a testament to the international community's commitment to achieving security and stability that will lead to further progress and development. 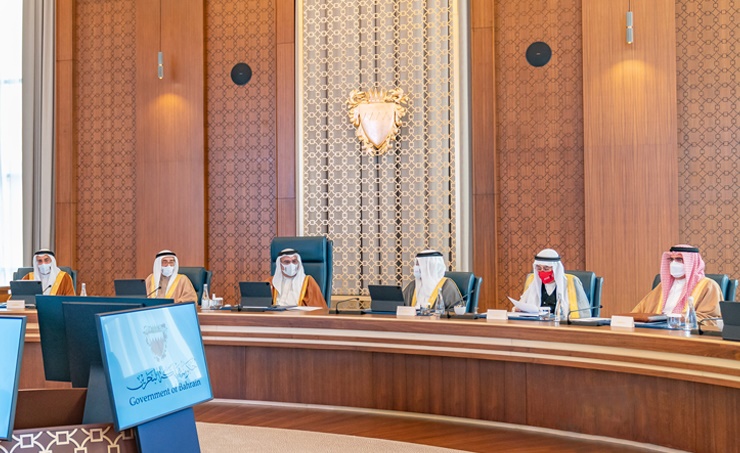 The Cabinet congratulated His Majesty on the Kingdom of Bahrain’s success in hosting the third edition of the Bahrain International Trophy.

The Cabinet noted that international stables and owners attended the race, reflecting the Kingdom of Bahrain’s standing in the horse racing circuit. The Cabinet praised the efforts made by the Rashid Equestrian and Horse Racing Club’s High Committee, headed by its Chairman His Highness Shaikh Isa bin Salman bin Hamad Al Khalifa, in organising an event which showcases the Kingdom of Bahrain's efficiency in hosting world championships.

The Cabinet highlighted the success of the Jewellery Arabia Exhibition 2021, held under the patronage of His Royal Highness the Crown Prince and Prime Minister, noting that it was well organised and received a high turnout.

The Cabinet also reviewed a report detailing the organisation and attendance of the exhibition.

The Cabinet assigned the Ministerial Committee for Financial and Economic Affairs and Fiscal Balance to follow up on the Economic Recovery Plan's Strategic Projects Plan, the value for which exceeds USD 32 billion. The Committee was also tasked with following up on new investment projects worth more than USD 30 billion. 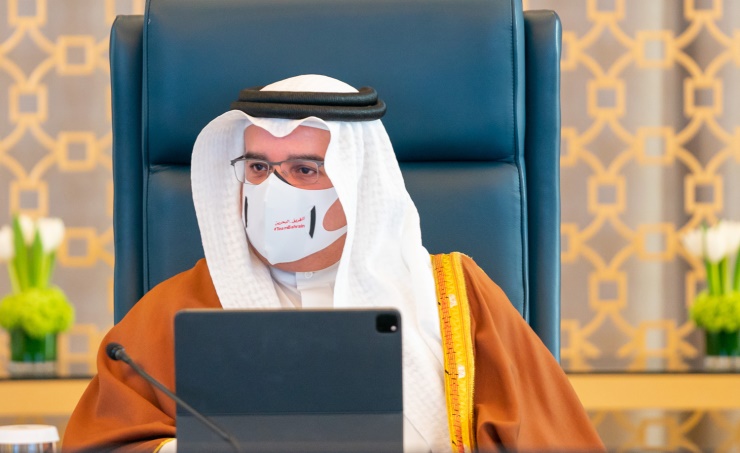 These projects include the construction of new cities, business and industrial areas, and projects related to the infrastructure, tourism, industrial, educational, health, housing, youth, and sports sectors.

1.  A memorandum by the Ministerial Committee for Legal and Legislative Affairs regarding an MoU between Bahrain and the Government of the Bailiwick of Jersey regarding cooperation in the financial, digital, and cultural sectors.

3.  A memorandum by the Minister of Interior related to the digital transformation of services provided by the General Directorate of Traffic by adding several services to the e-government portal. These include the issuance of a consent form for driving another individual’s car across the King Fahd Causeway. 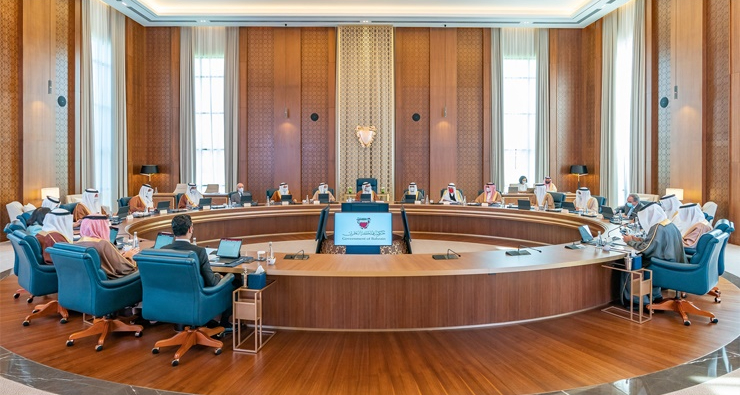 As well as the launch of a digital driver’s license and vehicle ownership, which does not require the owner to carry a physical copy of each.

4.  A memorandum by the Ministerial Committee for Legal and Legislative Affairs regarding the government's response to a proposal submitted by the Council of Representatives.

The Cabinet reviewed the following topics:

1.  A memorandum by the Minister of Electricity and Water Affairs regarding services provided during the summer of 2021. The report indicated no technical problems or interruptions during the summer, despite an increase in energy consumption.

The memorandum noted that the installation of smart meters for all Bahraini primary residences and the transition to the new billing system will be completed in January 2022.

The Cabinet then took note of Ministerial reports regarding the Kingdom of Bahrain’s participation in the 41st session of the General Conference of the United Nations Educational, Scientific and Cultural Organization (UNESCO), a visit to the Republic of Turkey, and participation in the 2021 Dubai Airshow.